My name is Joe Holmes and I am the owner of Tête de la Course Cycling, a coaching and event management company based in the Pacific Northwest.

I am a licensed USA Cycling Level 1 Coach and I am one of very few American coaches to have earned the UCI Coaching Diploma.

Really. I have pieces of paper that say so.

What does that really mean?

Certification minus experience means nothing though.

I have been a competitive cyclist for over 35 years. I have been the sport director for both amateur and professional cycling teams and I have worked with the US National Junior Program as an Associate Coach and Team Director in Europe. I was honored to be named the U.S. Junior Men’s National Team Coach at the Road World Championships in Belgium in 2021. As of this writing I have coached athletes to four World Championship titles, over two-dozen National Championship titles, an Olympic Silver medal and I have developed a rider from a 13 year old junior into a World Tour Pro.

I was also a Fully Certified Gym Jones Instructor.

I have been an athlete and an instructor for over half of my life not only in the sport of cycling but also in cross country skiing and rock climbing.

I got my start instructing as a cross country ski instructor in the late eighties and started instructing and guiding climbing in the mid-nineties. In addition to climbing instruction I also coached a youth climbing team for three years and successfully qualified a number of athletes for their respective National Championships.

Instruction, coaching and more importantly mentoring athletes has been a huge part of most of my adult life.

Here is more on my journey:

The Evolution of a Cycling Lifer:

(And so it begins)

The cycling bug bit me when I was a kid in the early eighties. My first ride of any note was during the summer of 1980. I was 12 years old and I rode a Schwinn Stingray Fastback complete with a banana seat, high rise handlebars and a 5 speed shifter on the top tube 86 miles in 8 hours on a 2.5 mile course. It was in a bicycle marathon on the University of Toledo’s Scott Park Campus. I was also wearing blue jeans, and started out in a raincoat. It was awesome.

Later that summer I graduated from the Stingray to a 10 speed with 26 inch steel wheels and “safety” levers. It weighed a ton. I proceeded to ride that in various AYH Bicycle Tours in the area many of them in the 100 kilometer range. I even took my steel behemoth to the local Toledo Glass City Classic Bike Race and entered the youth race. I got dropped before the first turn trying to negotiate my foot into the toe clip.

(Me, the steel behemoth and my buddy Mike getting ready for the ’80 Irish Hills Tour)

A bike upgrade and more recreational tours ensued. My riding partner at the time was a neighbor kid who was a year older than me. His parents took us to all of the local recreational rides. Our goal during these rides was to stay with the local racers for as long as we could. Eventually on one of these rides in ’82 one of the racers suggested that we come out and give a local training race a try. So my buddy and I rode our bikes out to the local criterium that was located about 10 miles away. The course was a .8 mile flat, four corner affair in an industrial parkway. I got dropped, quickly. If memory serves me correctly I got lapped 7 or 8 times during the ensuing 60 minute race. I had no idea what I was doing. It didn’t matter to me though. That was all it took. I was hooked. All I needed was a little taste and I have been addicted ever since. It is now thirty years later and I have yet to find a twelve step program that works. 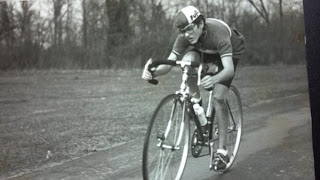 I think cycling beckoned to my “think outside the box” rebellious nature. I had played team sports when I was younger and although I enjoyed them they just didn’t sing to me. Cycling was an entirely different thing. Give me my bike, my Walkman with auto-reverse and a mix tape of the Sex Pistols, Devo, the Smiths and New Order and Northwest Ohio in the eighties was not quite that terrible of a place.

Ever since I was bitten by the cycling bug as a kid the bike has always been a part of my life. There were years that I tried other endeavors like the period in college in the early nineties when I first discovered rock climbing. I put a lot of effort into climbing and approached it with a training mindset born from cycling. Even during the years that I was road tripping to climbing spots all over the country I still managed to ride and even enter the occasional bike race. A seven week road trip in 1993 was comprised of rock climbing in Leavenworth, Index, Smith Rocks, City of Rocks, American Fork Canyon, Devil’s Tower, reaching the summit of Rainier for the first time…..and a bike race in Kent, Washington (along with my first ride on the BG Trail out to the Marymoor Velodrome for a few hot laps). My training for Denali in 1998 was comprised entirely of a spring of early season road races

I raced all over the Midwest and East Coast competing in such races as Superweek in Wisconsin (a.k.a. Christmas in July), the Tour de Moore in North Carolina, the National Capital Open held on the Ellipse in front of the White House, Windsor-Detroit on Labor Day, The Tours of Michigan and Ohio and Athens Twilight. I got my start on the track at the old Dorais Velodrome in Detroit getting advice yelled at me by two cycling legends, Mike Walden and Claire Young. I wasn’t particularly good in those early years but it didn’t matter. I still loved it. 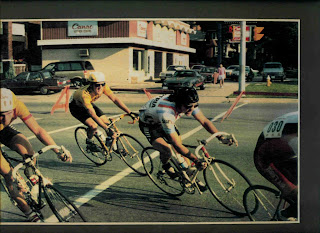 Training knowledge in NW Ohio was virtually non-existent when I started. Most of our summer training days were comprised of 1.5 to 2 hrs on the little ring with a few sprints thrown in. The remainder of the day was spent catching rays at the local swimming quarry Breaking Away style. In November the fixed gear went on (42×18 or so) and stayed on until almost March. When I moved to Columbus for college the cycling scene was much better there and I started to get a bit of a clue but still lacked the necessary discipline and dedication.It took moving to Southern California for the light bulb to finally go from a dim flicker to actually turning on. I was very fortunate to become friends with a number of successful professionals and Olympians and see what real training was all about. But then the pendulum swung too far. I tried doing way too much volume and even though I had been racing for many years my body wasn’t used to the work load. My other sin was being a slave to the many group rides that were available. These rides were fun but from a training standpoint proved counter-productive. They were too hard to be considered recovery but not hard enough to push the envelope. I spent a lot of time riding around at 75%. I improved, but never had the sharp edge needed to really perform at a high level. I was able to race on some pretty good teams during my time in So Cal and got a level of support that quite honestly a rider of my meager ability at that time didn’t deserve. The learning process and love for the bike continued though.

About that same time I became a board member of the Encino Velodrome first as the race director and then president. Then I got my first sport director gig for an amateur team in 2002. 2003 followed with a job directing a professional team comprised of some Americans, some Australians and some New Zealanders. It was based out of New York. The team itself was a disaster and I would say “professional” in name only but I learned a lot of valuable lessons. I often think you can learn more from failure than you do from success.

2003 also saw a move from So Cal to the Pacific Northwest. I “stepped away” from cycling at the end of the season and focused on the task at hand which was managing a local climbing gym. Stepping away meant only doing a handful of races, not riding quite as much and rock climbing a little bit more.

Around 2005 some local businessmen discovered my cycling background and encouraged me to help them put on some bike races. I also started competing in more and more local races. The other thing that happened is that I spent a lot of time riding by myself (not a big cycling scene on the Kitsap Peninsula which is a 1 hour ferry ride from Seattle). Since I was working a full time job I also became very time disciplined and the B.S. rides came to an end. After getting some decent results and demonstrating that I knew my way around a bike race I was asked to join one of the better local teams. Rehab was over and I was back on the hard stuff. It was fantastic. 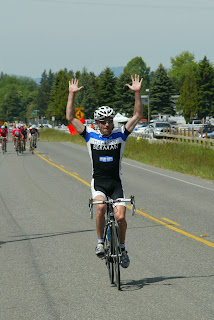 Fast forward to the present. Since I moved to the PNW I have promoted over a dozen races including 2 state championship events. I am the current race director for the longest continuously held race in the country. I became a board member for the Washington State Bicycle Association which is the Local Association for USA Cycling and have served as Board President.

Last year I also spent a lot of time expanding my knowledge base. I attended a couple of USA Cycling coaching seminars and became a Level 2 coach and am pursuing a Level 1 license. I have also had the good fortune of getting to work with some really great up and coming riders and I hope that trend continues. One rider that I have been working with for over four years now won his 7th National Championship in January and had the privilege of representing the US at the World Cyclocross Championships in Belgium.

I have been a bike racer almost my entire life. There is nothing I know as much about as cycling. I have made some pretty bad decisions over the years because of it but at the end of the day all of my closest friends have come from cycling and it is a huge part of who I am.

Better off because of it? Absolutely. 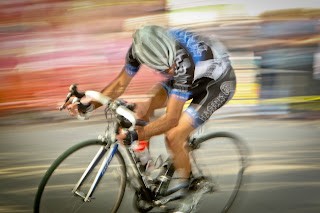